5 Best Carnivals in the World that You Must Experience 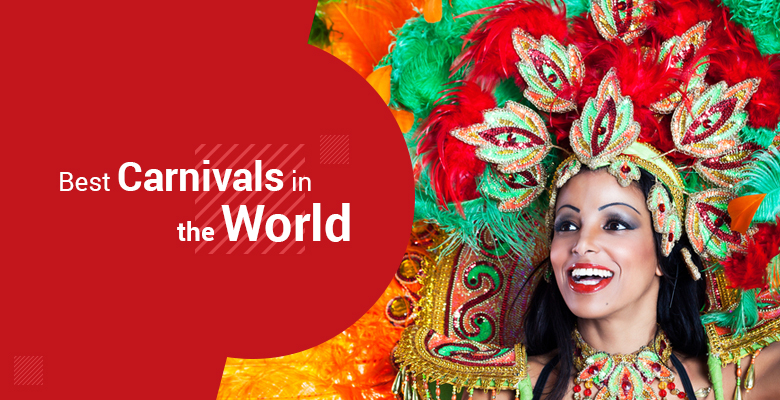 Best Carnivals in the World are those which bring out the grandest and most spectacular versions of the celebrations. These festivals continue over the period of few days or weeks marking the onset of the Lenten season. And experiencing these festivals is truly amazing.

From Europe to America to Africa, carnival festivals are held everywhere. Even in Asian nations, some small scale carnivals take place. Present-day Carnival celebrations last approximately for a week. The last day of the celebration is Mardi Grass when there are famous parades.

The term ‘carnival’ originates from the Latin word, carne levare, which means “remove meat”. The origin of this festival can be traced back to the tradition of wild costume festival in Catholic region in Italy before the beginning of Lent. Lent in the Christian liturgical calendar begins on Ash Wednesday and ends six weeks later on Holy Saturday, before Easter Sunday.

Lent is the period of abstinence. And therefore, before the beginning of Lent, people used to eat all the meat or perishable food items that could not be stored further. Feasts and celebrations forgetting the social boundaries are the fundamentals of this festival.

Starting its journey from Catholic Southern Europe, carnival spread to America during the age of exploration. It further spread to the Caribbean and Africa during colonisation. While the main concept of carnival remains the same, the festivities with time have blended with the local culture. Therefore various places have their own take on the Carnival celebrations.

Best Carnivals in the World 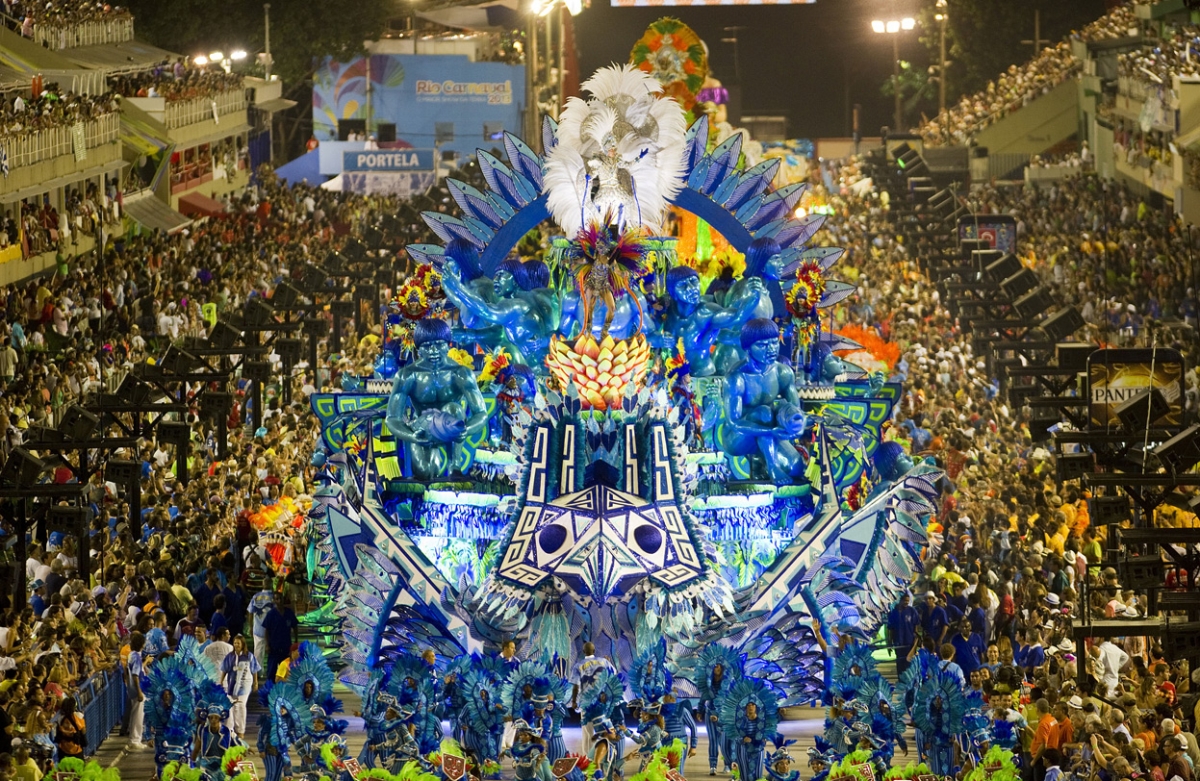 Undoubtedly, the Rio Carnival is one of the largest and the best carnivals in the world. This has earned its name as the most famous of all carnivals and also the best party.

The first carnival in Rio was in 1723. The nineteenth century saw the rise in popularity of the carnival balls held at the Municipal Theatre and Copacabana Palace Hotel. And the samba parade beginning in 1930 represented the influence of Afro-Brazilian culture.

In the present day, Rio Carnival includes parades, parties, open-air performances, floats and many more. Various samba schools perform in the parade. The parades are held at Sambadrome and the tickets are available beforehand.

The floats for the parade are theme-based. Each school takes up a theme and express it through their performance and costumes. Serious rehearsals and planning take place to ensure the best results. The parades of the Rio Carnival along with its million spectators bring out its true festive spirit. 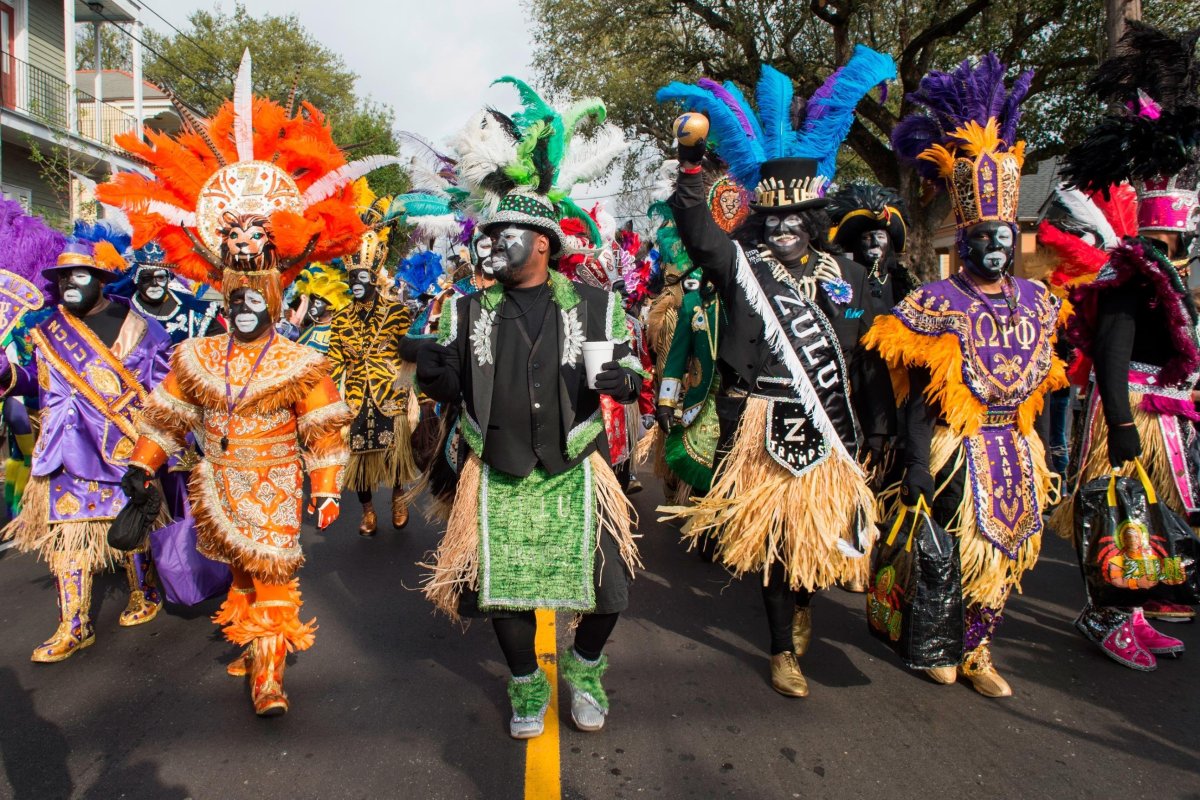 While January marks the end of the Christmas season, in New Orleans the time for Carnival begins. This city of Louisiana celebrates the holiday of Mardi Gras with such fervour that it has become one of the best carnivals of the world.

The term Mardi Gras means “Fat Tuesday”, referring to the Tuesday before Ash Wednesday. In New Orleans after the carnival celebrations end on Fat Tuesday midnight and thereafter Lent begins.

Unlike the Rio Carnival, the New Orleans carnival is absolutely free of cost. To get the best views of the parade from above it is recommended to book rooms along the French Quarter area of New Orleans.

Krewes or the social clubs in New Orleans organised the parades for the carnival. These parades usually follow the same schedule and route every year. However, there are many other new clubs which take some other route or try to do something different than the regular.

Floats here toss ‘Mardi Gras Throws’ into the crowd. These Throws include strings of beads, doubloons, cups, or other trinkets. The colour of the Mardi Gras beads gold, purple and green, contain the Christian symbolism of power, justice and faith, respectively.

Carnivals in the Caribbean 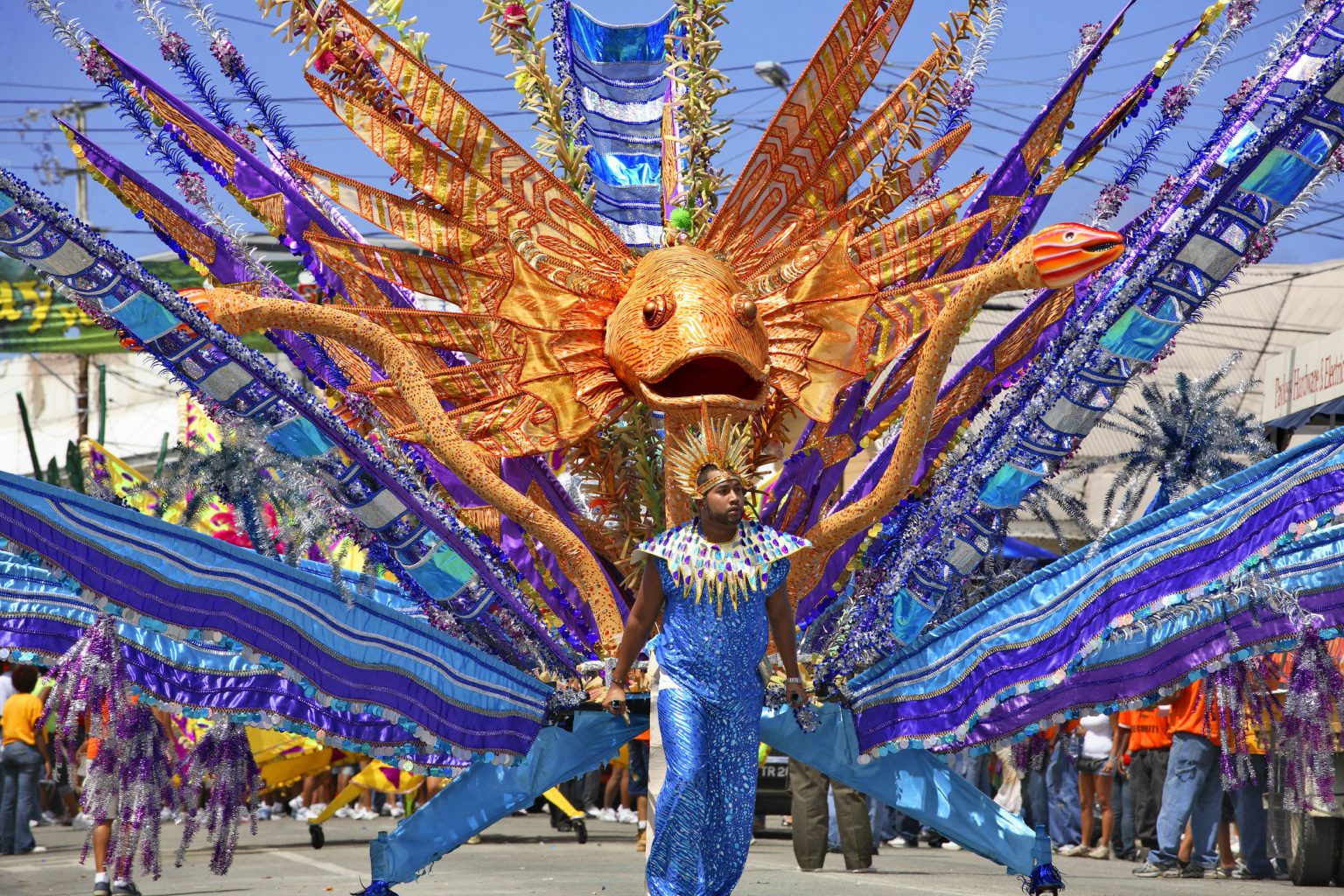 It is commonly believed that the origin story of Caribbean Carnival begins with the history of colonisation. The Caribbean Carnival in Trinidad and Tobago began in the late 18th century. This was primarily due to the French settlers who introduced the tradition of masquerade party on Fat Tuesday to the island.

And later the combined French, Spanish, British settlers mixed their traditions with the local ones and resulted in the heterogeneous nature of the carnival. The Caribbean carnival, therefore, has a unique nature, showcasing a blend of the European and the Caribbean local traditions.

Masquerade, music, and dancing remain are the basic elements of the Caribbean Carnival. Here the elaborate balls of the European tradition mix with the dancing, music, steel bands and drums, costumes, masks, feathers, headdresses from the streets of African tradition.

From Trinidad and Tobago, the Caribbean carnival spread to further areas. The time for the festival is the same as of others that are before the season of Lent begins. February and March, therefore, are the ideal time to plan trips to these islands. The Carnivals of the Caribbean region fall among the world’s best carnivals. 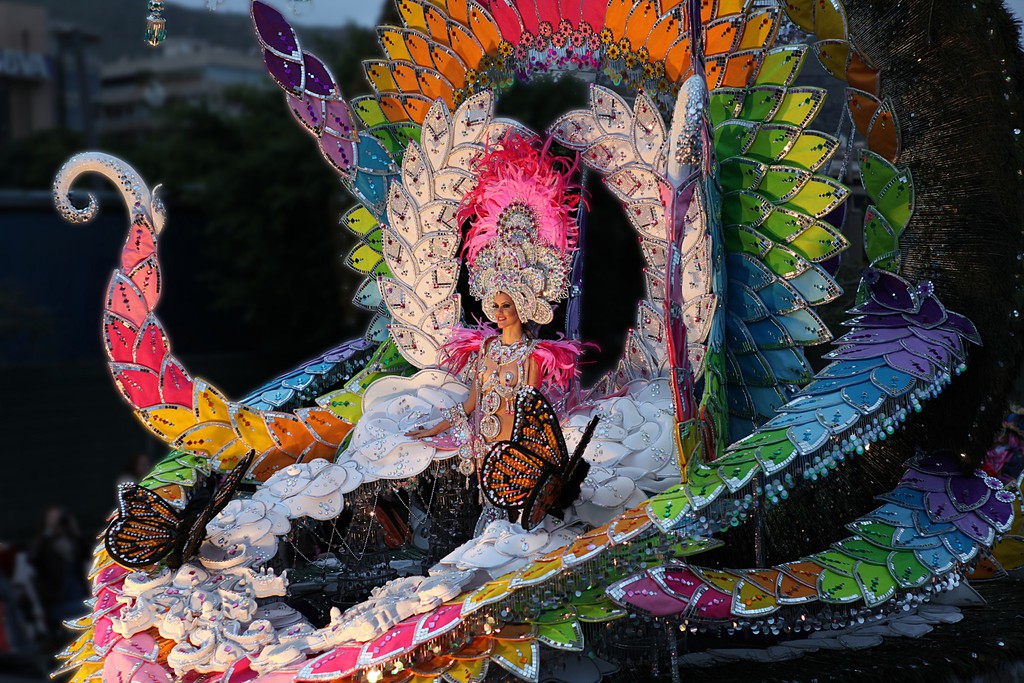 Various regions across Spain organise these carnivals which are also among the world’s best carnivals. This involves music, dancing, colourful traditional costumes and full-on festive mode. Streets are decorated, floats and parades take place along with fireworks competitions.

Some of the famous carnivals of Spain are: 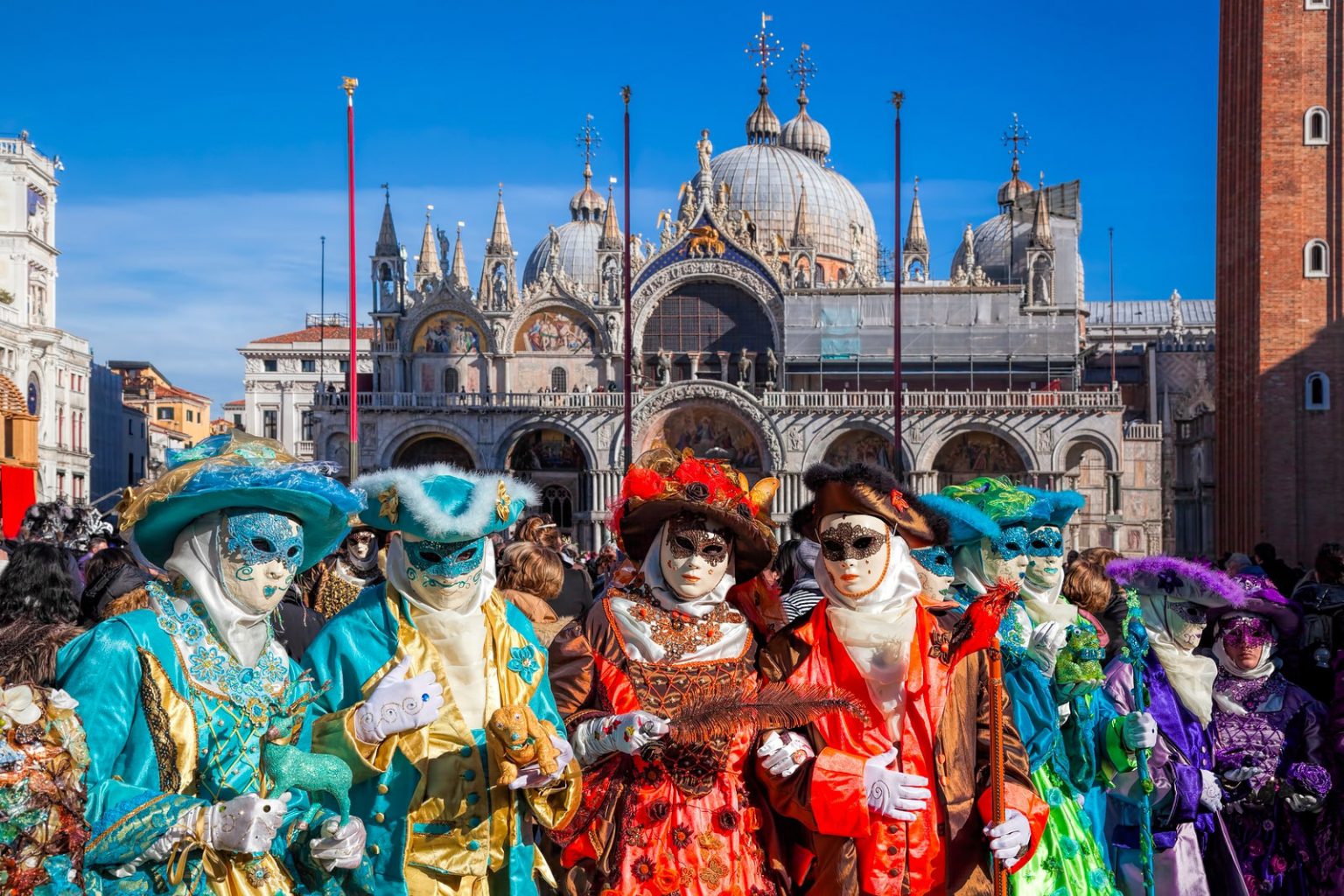 One of the best carnivals in the world, the carnivals of Italy include sophisticate masquerades and parades. To enjoy the best festivities these are the cities to visit: Venice, Viareggio, Ivrea, Cento, Gambettola, Satriano, and Acireale.

1268 holds the first record for Venice carnival. The unique Venetian masks are the eye-catching factor of the carnivals around here. For a few decades in between the celebrations took a halt when the Austrians took control of the city. But later in the 20th century, the celebrations re-started. 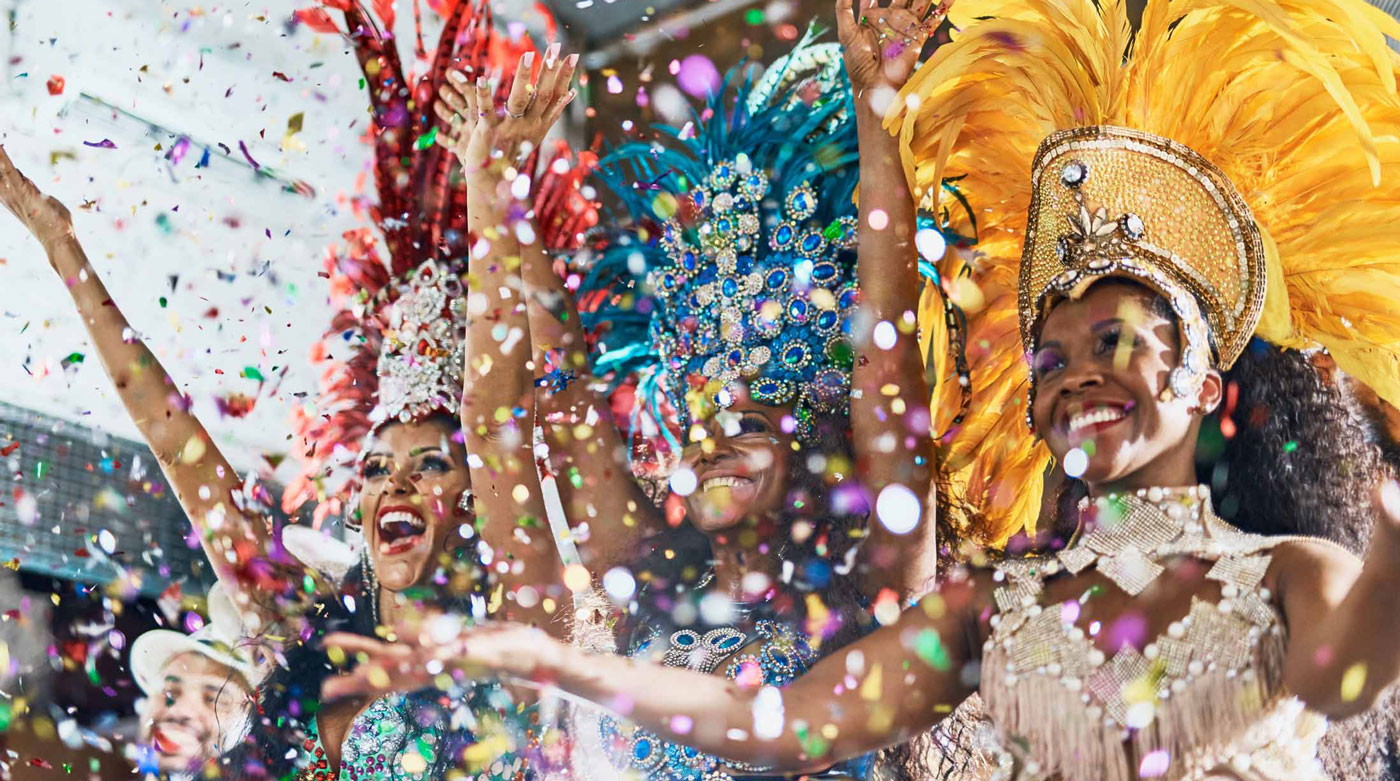 In an otherwise reserved culture of England, the notion of the carnival is a bit odd. But the annual event of Notting Hill Carnival shows a whole different side of the city. Taking place in London since the 1966s in the Notting Hill area of Kensington, this Carnival is led by the British West Indian community.

This carnival also does not adhere to the traditional season of celebration that is to mark the beginning of the season of Lent.

The Caribbean flavour, the Notting Hill Carnival presents drum beats and rhythm, dancing, colourful costumes. The floats parading around the city play music both recorded and live. And accompanying everything else, the parades also put on a spectacular show.