6 Types of Most Useful Mobile Apps 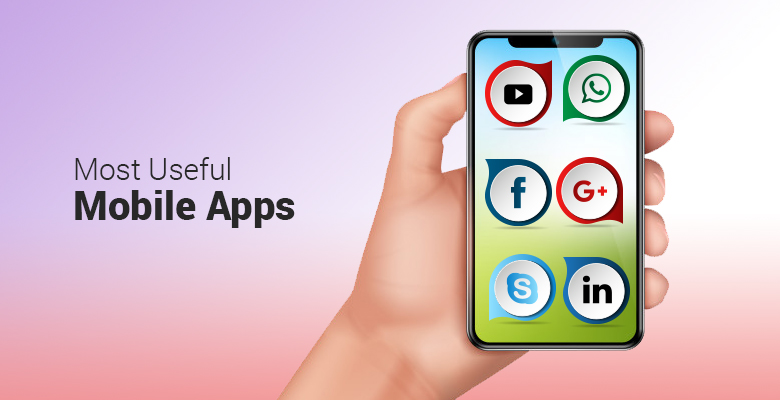 Mobile Apps are already a part of our daily lives without us realising our dependency on them. Global mobile phone usage is expected to cross 5 billion by 2019. Estimates also predict 67% of the population to own and use mobile phones by 2019. Because of such a huge number of people using phones, the need for mobile apps for various purpose also comes up. Be it for making calls, storing photos or important data or seeking information on any place, direction and various other things, the apps are there to help. It is much easier to use these apps and get things done in an instant. While mobile phones brought about the feature of mobility, apps further simplified the process of using a phone. Phones with the latest technology now function under the voice commands of the user and execute all that is asked of.

But while apps are useful and a wide range of choice is available, it is difficult to sort the useful ones from the whole lot. Also apart from their utility, there is the security issue. Hence, ensure the app is from a secure source before installation.

Some of the most useful types of Mobile Apps are listed below:

Recent years show us that Microsoft is still in power in developing apps. It has brought out some of the most useful Mobile Apps of the present day. And not only for Windows, but these apps are also available for other platforms like Android and iOS as well. Most of the Microsoft apps are free to use. But to access the full set of features one may require an Office 365 subscriptions. Among its bundle of apps, the most useful ones are as follows:

Adobe presents some of the most useful apps. Ranging from photo editing to utility, Adobe apps are free to download. However, some apps may require Adobe Creative Cloud subscription for accessing the full set of features. Some of the important apps from Adobe are as follows:

Yes, there are Mobile Apps which are ready to help us with our travel details. Be it for booking a cab or for planning a vacation anywhere, there are apps for everything. Though some of these apps are available worldwide, on the other hand, some are limited to a specific region. Region-based Google search or search in app stores will present the most adequate results. A few apps to mention in this section are Uber, Airbnb, Google Translator.

Technology is growing at a fast pace. And as a result, along with it people are also adapting and changing. Hence, we can see that Mobile and apps made our life much easier. In today’s world, therefore knowledge is easily accessible with a single click. And keeping up with this continuous evolution of technology, more changes are sure to come in recent years.

To know more interesting information on the latest technology and many other topics check here.