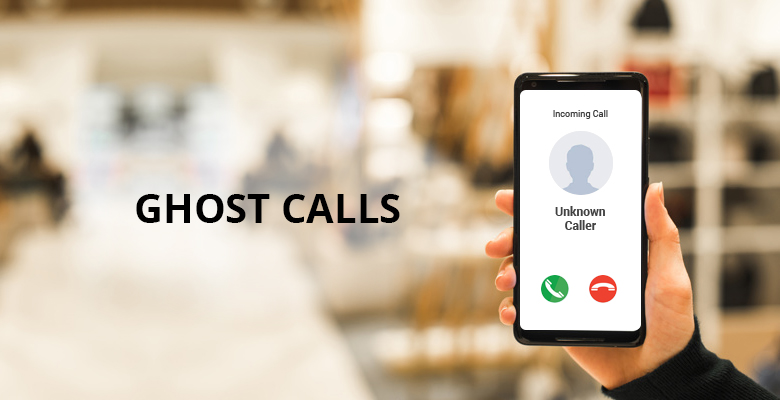 Ghost Calls or phantom calls are those incoming phone calls with no one on the other end. In these calls, there is only dead silence on receiving the call. These calls happen frequently and are time-consuming. They are a major source of annoyance as they occur at any time, right from the middle of the night to the busiest time of the day. And above all the receiver has no control over this situation.

In today’s world, ghost calls are a common occurrence. They are usually from any random number and also keep coming relentlessly. Reports show an unusual pattern of incoming call numbers with area code and prefixes such as 100, 1000, and 1001 and so on. The point is, these prefixes do not exist in reality. And therefore calls from these numbers prove the call source as a ghost call.

The Origin of Phantom Calls

Ghost Calls are the outcome of automated port scanning. They rarely originate from any service provider. The real motive behind random port scans is to find out about the vulnerabilities of the phone system. The strange nature of the ghost calls is not a good sign. These calls indicate that someone discovered the particular PBX and is further invading privacy. As mentioned before, service providers do not route ghost calls. These are routed straight from the internet. And apart from the possible cause of automated post scanning, these calls may also originate due to the poorly configured auto dialer. And as for the possible intentions behind this act, those are simply for fun or at times cause harm and gain profits.

Apart from the intentional ones, one more probable cause behind the ghost calls is the auto dialer that telemarketers and bill collectors use. There are restrictions on how long auto dialers are allowed to ring. These calls, therefore, disconnect automatically when it reaches the limit. And hence the outcome is dead silence on the calling end.

While many times it is usually harmless, ghost calls can cause a lot of damage when carried out intentionally. The attackers search for vulnerable phone systems to exploit. Firstly they try to figure out how to make outbound calls through the targeted equipment. And if they succeed in figuring out how to exploit the phone system, then the damage is inevitable.

How to prevent Ghost Calls

Prevention is better than cure. Similarly, for ghost calls too, it is necessary to solve the problem before causes any harm or loses. Whether it is an automated port scanner or auto dialer software which are the prime cause, there are ways to prevent this. There are steps which both service provider and end users can take up respectively to control these calls.

In addition to this, there are four major settings, which when configured helps to prevent ghost calls. The 4 settings are SIP messages, SIP Proxy, direct SIP calls and SIP trust server.

Informing the service provider about the problem, that is these silent calls, is the first thing to do. Service Providers need to configure firewall protocol on their end to block port scans. In case of auto dialers, they usually display a valid phone number on the caller id. For this, the service providers can block calls from those specific numbers. A consumer can also do the same by changing the phone settings. But as the auto dialers change caller ID quite often, blocking a few numbers is not enough. And hence, one needs to inform the service provider so that they could take measures accordingly.

To know more about the latest technology and more interesting things check here.