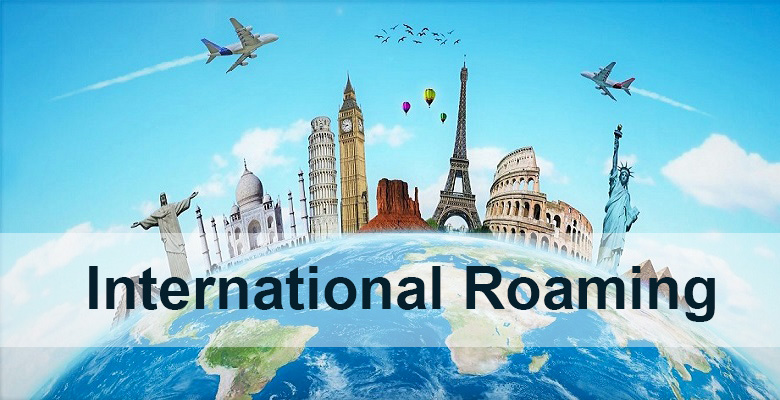 International Roaming is a type of telephone service regarding international calls and other service usages. This service enables one to make and receive phone calls, send and receive text messages and emails, browse the internet while visiting another country. Therefore, a person on international roaming can call back to the home country, or call a local number in the present country or make calls to any other country.

The feature of roaming extends the coverage of the home country telecom operator’s voice and SMS service. This, in turn, enables the mobile user to continue using their home operator’s number and service in another country. However, this is possible because of the agreement between the network provider of the present country and the home country network provider. The GSM association further standardises the technical and contractual conditions for implementing the agreement. This wholesale roaming agreement includes the technical and commercial components required to enable the service. The wholesale roaming charges directly impact the retail price a consumer pays while on roaming. 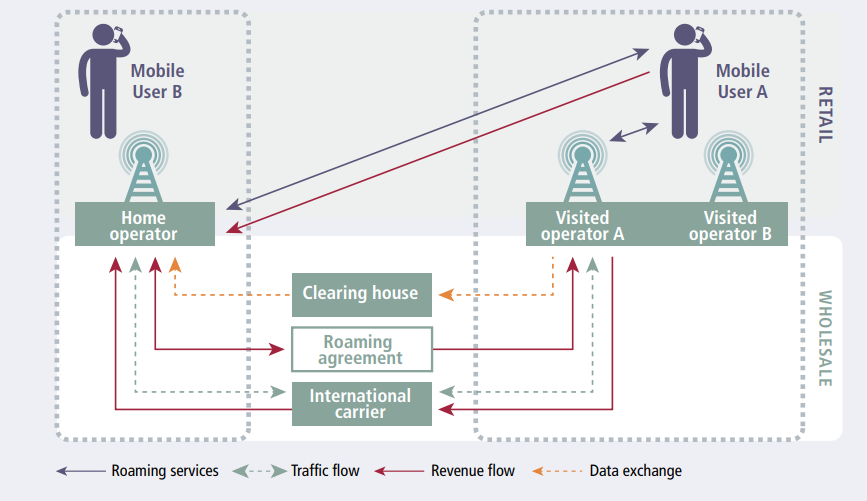 5 Most common domains of roaming services are:

When a mobile phone is switched on, the device tries to connect to any available mobile network. Similarly, when the user travels internationally, whenever the mobile phone is turned on, it tries to communicate with the mobile network available. After picking up the connection from the user’s mobile, the network confirms the registration of the mobile within its systems. Following this, the network further searches for and tries to identify the home network of the user. Depending on the roaming agreement between the home and the network of the present country, further processes take place. If there is an agreement, the visited network or the network in the present country routes the call towards an international transit network carrier. This then delivers the call to the destination network. After this entire process is complete, the destination network connects the call.

Data Roaming is where the device tries to connect to the internet while it is outside the main carrier network. Both domestic and international data roaming are similar in this aspect. In both cases, the phone connects to a new network when it is away from the primary network. The Internet is necessary for updating and using applications, internet browsing, downloading files, receiving emails and many more. While roaming helps a lot, it also adds extra charges to the base data charge and call rates. The charges also vary according to the network provider and the visiting country.

Some Interesting Facts on Roaming

How to save money on Roaming

Therefore here are some ways to reduce roaming charges: