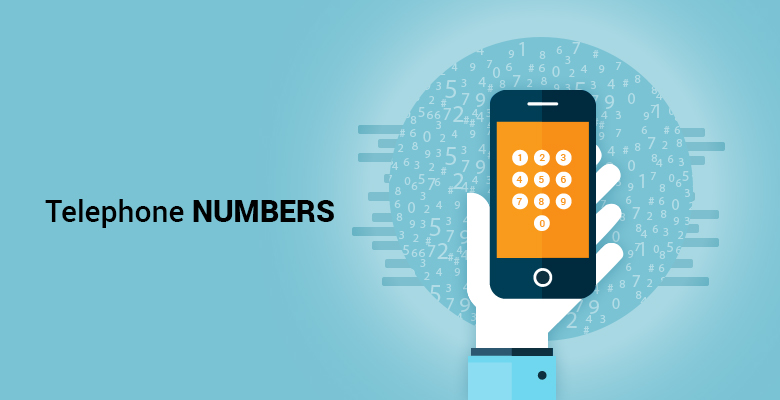 Telephone Numbers are the most common form of virtual address for people. While there are other forms or means of contacting people but the telephone call is the most popular one. A telephone number therefore according to Wikipedia definition is a sequence of digits assigned to a fixed line telephone subscriber station. This, in turn, connects to a telephone or to the wireless device for data transmission via PSTN or other public or private networks. The telephone number serves as an address for switching telephone calls using the system of destination call routing.

The first recorded use of telephone number was in 1879 at Lowell, Massachusetts. This was when the callers connecting to the switchboard operators replaced the request for subscriber names. History shows us the changes in contact numbers. Varying lengths, formats and even including alphabets. Alphanumeric numbers were present around the 1960s in areas in and around North America. New York City in December 1930, became the first city in the USA to take up the 2-Letter 5-Number format, a standardised format after World War 2. These alphanumeric numbers were helpful as long as there were few subscribers and also limited exchange names. But with the gradual increase in the number of subscribers and keeping in mind other necessities, the system eventually changed.

The Importance of Phone Numbers

Phone numbers have a wider purpose than just the calling function. They also help to access other devices such as computer modems, pagers and fax machines. However at present, with the oncoming of the digital era, many telephone numbers connect data-only cellular devices. However, the basic functionality of calling is absent with these numbers.

What makes a phone number unique? It is because the number contains the information necessary to identify the intended endpoint or the receiver for the call. These endpoints also have a unique number within the PSTN. Therefore the number of endpoints determine the necessary length of the telephone number. On the other hand, emergency service numbers for most countries are short, usually a 3 digit number. These subscribers have a set of shorter numbers for the endpoints. A common example is 9-1-1, the emergency number of the USA.

Some of the interesting facts about telephone numbers from all around the world are as follows:

Technology in today’s world continues to grow at a rapid pace. Many old things are becoming obsolete and hence latest ones replace them. To know more about the latest and interesting technology and mobile applications check here.