Things Must Know About App Permissions 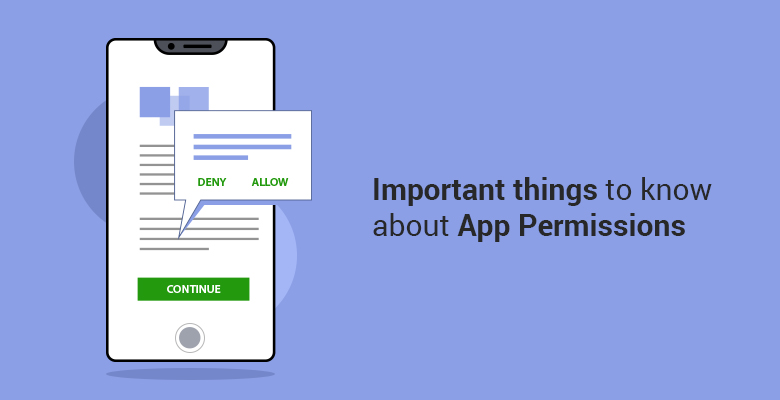 App Permissions are an important part of the usage of various applications in smartphones. But we as users often tend to overlook these. App permissions are a set of user consent that an app requires to access specific data available in the phone or to which to the linked accounts. One can find apps asking for various permissions from the user in order to start in general or for using any specific feature in the app. The complicated process of app permissions was present in earlier versions of Android. Android is an operating system. And an android app is a software application which runs on the Android platform. These apps are available in the Google Play store, Amazon app store and various other sites which focuses on Android apps. These apps work on devices like Android smartphones, tablets, Google TVs and various others.

The recent data privacy issue of Facebook made everyone aware. People are now mindful of the amount of data present in the hands of third parties. This data was previously overlooked and out of the concerned individual’s control. Therefore to ensure a greater control, Google requires all app developers to clearly request all the specific permissions that an app requires before they can access the system data or phone’s hardware. There are several cases which show us how app developers misuse the permissions. This, in turn, results in the compromise of user privacy.

Over the years we can map the evolution of both iOS and Android mobile app permissions along with the changes in the app stores. With the coming of Android 6.0 Marshmallow version, the process of requesting for permissions changed. In the new version developers now needed to request access as people use the features in the app and not while installing. This version of Android also lets a user manage each permission individually rather than combining them all together. Also, users need to be aware of app updates which at times add new “sub-permissions” in a category without asking the user any more. Users can also change and control all the accesses, which the app has. One has to go to “Settings” and then manage the permissions accordingly.

With the present updates and changes, one can easily control the amount of data and the type of data that one wants to share or provide access to. Now users can also review the permissions that an app requires. Thereafter, one can give permission if that data is needed for the functioning of the app. And if the user feels otherwise, one can deny the request. Reportedly, Google is against app developers asking for permissions which are not necessary for the working of the app. Furthermore. Google also insists on transparency from the app developers on how they handle user data, what they collect and with whom they share those for legal reasons. Users can also report any such violation from the app developers through the following step.

But, even after all that is already present, there is still room for improvement. It is crucial for the user that Android mobile apps maintain the privacy of all its users. And the user on this side, using the app and all its features, need to allow the app permissions carefully. This will thus safeguard one’s privacy and let one control the amount of data shared.

To get more information on technology and various other topics check here.