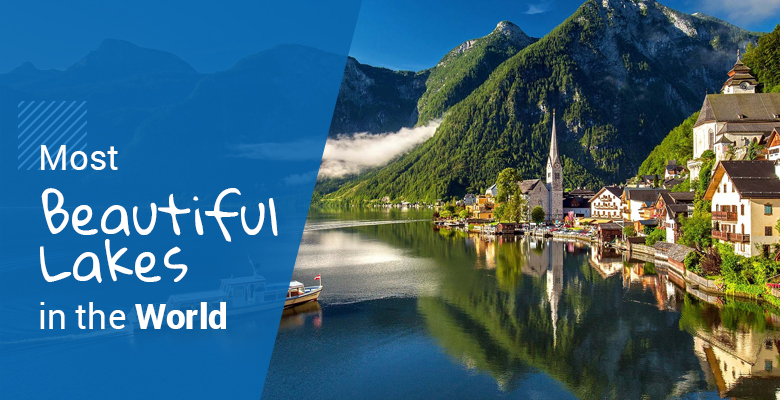 Most Beautiful Lakes are those which render us speechless just by their natural beauty. The blue water reflecting the sky above and a sense of calmness are what these lakes offer us. Their natural beauty untouched by human civilisation is just the way it is supposed to be.

Lakes or large water bodies are found all over the world. There are around 117 million lakes in the world of sizes larger than 2000 sq.km. And therefore, these lakes cover about 3.7% of Earth’s non-glaciated land area.

Countries like Canada, Russia, Alaska, Sweden and Finland contain the major number of lakes in the world. The lakes can contain freshwater or salty water. And the freshwater lakes are also one of the major potable water sources. The Caspian Sea and the Dead Sea are both lakes, instead of the sea as their names suggest.

Top 10 Most Beautiful Lakes in the World 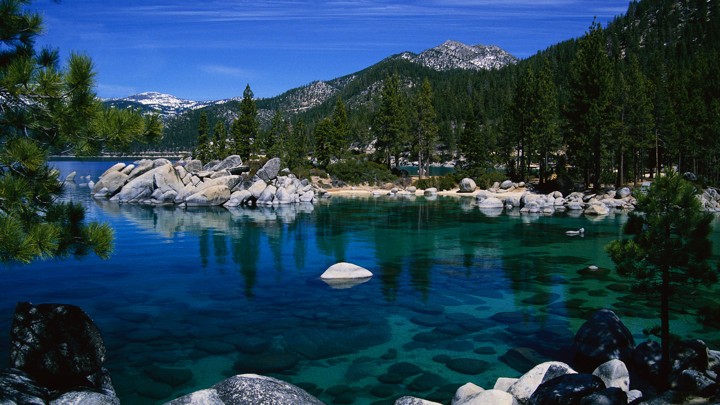 Lake Tahoe is the second deepest lake in the United States. This freshwater lake is also the largest alpine lake in North America. The formation of this lake dates back around two million years ago. What makes this Lake one of the most beautiful lakes in the water clarity and the scenery of the surrounding mountains all around it.

The scenic beauty of Lake Tahoe makes it a hotspot for photography. Some other things to do at Lake Tahoe are jet-skiing, cruises, paddle boarding, kayaking, parasailing, renting boats, hiking and more. In winter, snow and ski resorts attract lots of people. The best time to visit Lake Tahoe is from March to May and from September to November.

This lake is divided into two regions. The North Lake Tahoe in Nevada and the South Lake Tahoe in California. Each side has a charm of its own. The south is more energetic while the north side is calm. Emerald Bay near the southern end of the Lake is the best part of the Lake. 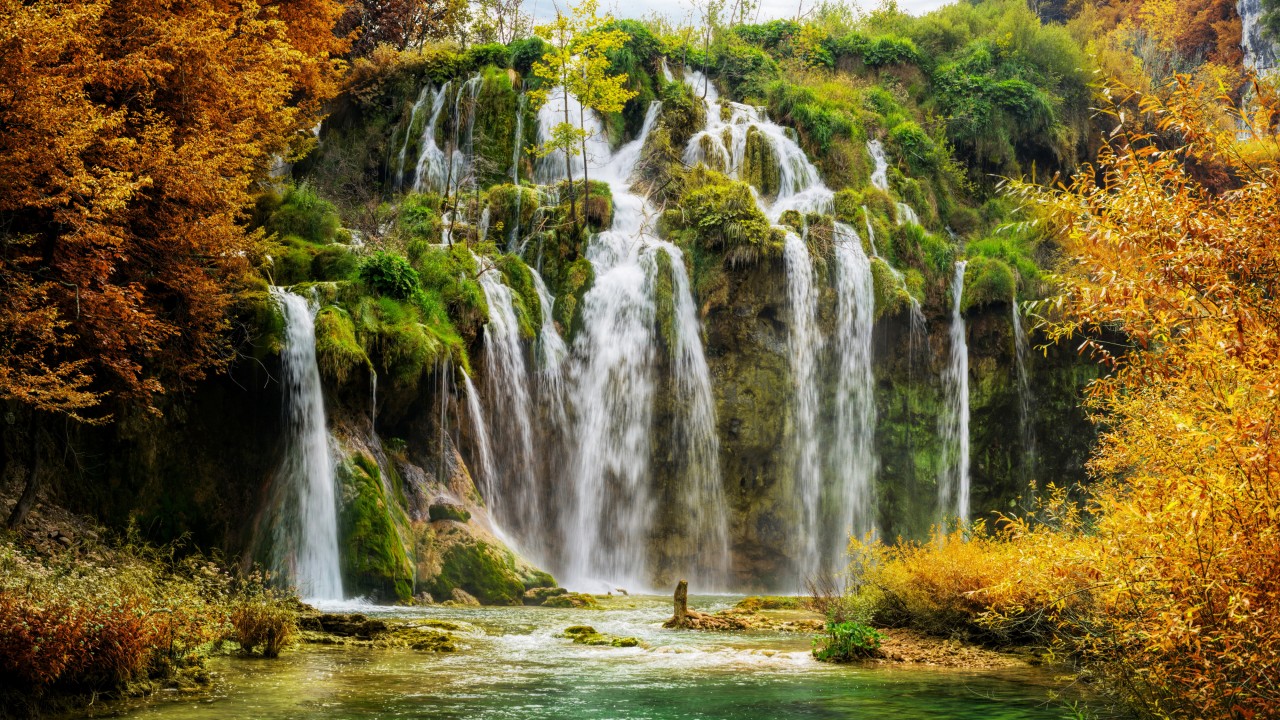 These are a group of 16 lakes together forming one of the oldest and largest National parks of Croatia. It is also one of the UNESCO World Heritage site. The reason which puts Plitvice Lakes among the most beautiful lakes in the world are the multiple waterfalls around these lakes and all, therefore, are interconnected.

The Plitvice Lakes hosts more than 1 million visitors each year. The national park holds diverse flora and fauna. Swimming, however, is forbidden, because of ecological sensitivity. A large number of humans partaking in water activities and pollution from surrounding areas have severely impacted the lakes.

There are timings to visit these lakes. The best season to visit is from June to September. However, the crowded months are July and August. 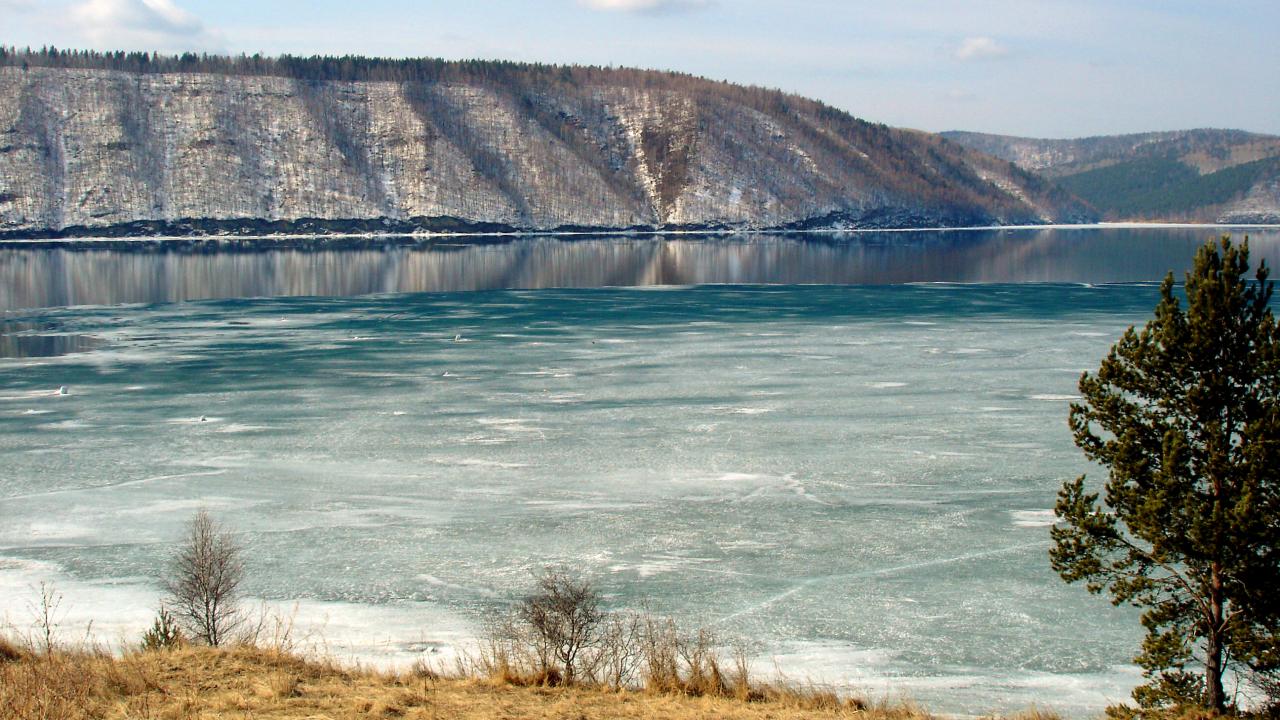 Located in the mountainous region of southern Siberia, Russia, Lake Baikal is the largest freshwater lake in the world by volume. Apart from being the largest one, Lake Baikal is also among the clearest and the oldest lakes in the world. This ancient rift valley lake has a long crescent shape and supports a diverse flora and fauna. The Baikal Seal is endemic to this lake.

The climate is cold and temperate. In early summer the lake is still in its frozen condition. And views can see the blue-turquoise ice formations with snow caps all around. Gradually the temperature increases and August is the best time for photographers. June to August are the warmest period and also very colourful. 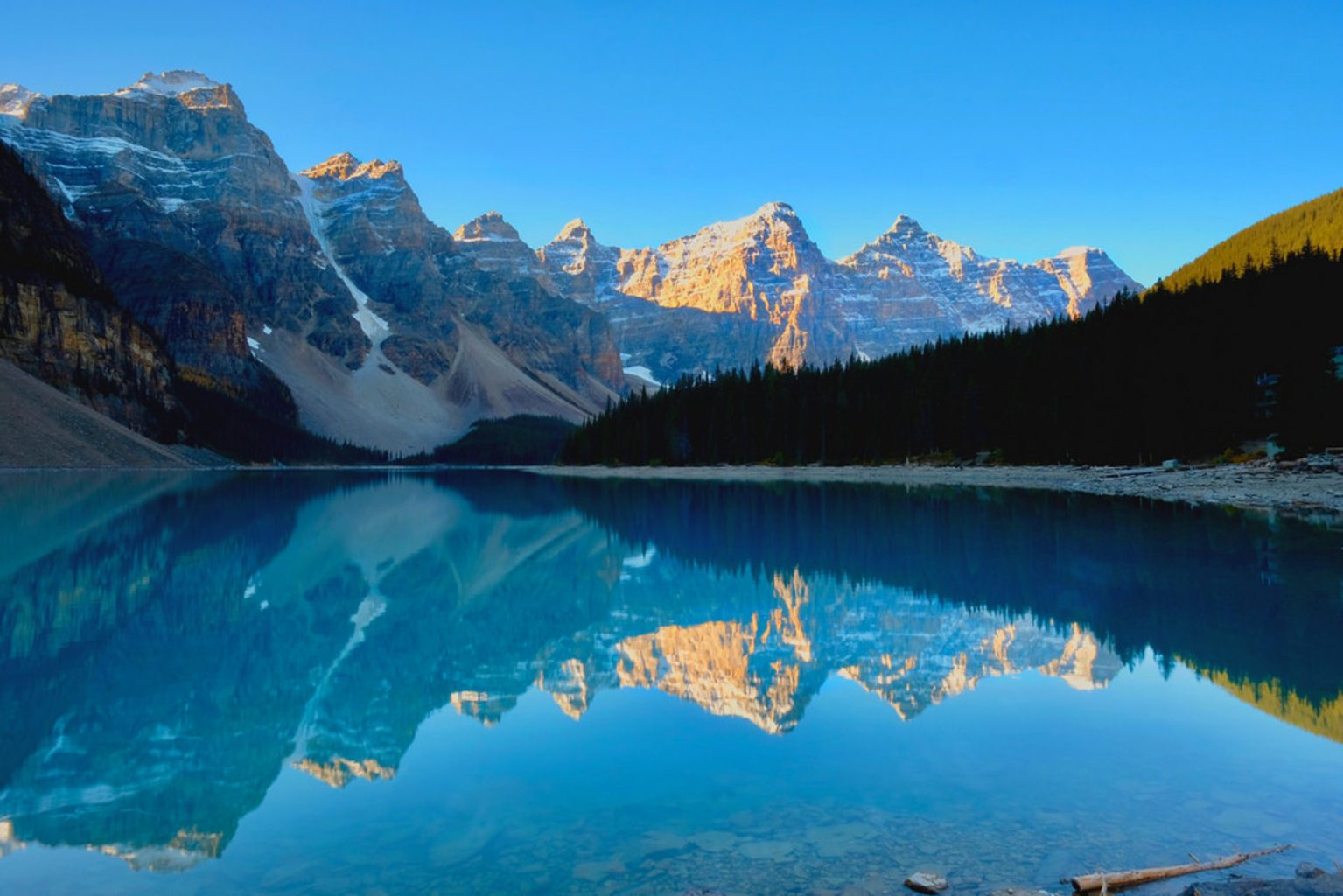 Moraine Lake in Banff National Park, Canada is undoubtedly one of the most beautiful lakes in the world. This glacier-fed lake turns to a wonderful shade of turquoise blue during summer months. Along with the surrounding mountains and lined up trees along the shoreline, Moraine is also one of the top photographed places.

Because of its iconic view, the Moraine lake was also one of the 20 dollar Canadian note between 1969 and 1979. Hiking is one of the main activities around Moraine Lake. However, seasonal restrictions are there due to an increase in bear activity.

The best time to visit Moraine Lake is between July and August. During these months the weather remains clear and presents the best views. However, the trail opens around May, while the lake still remains frozen. 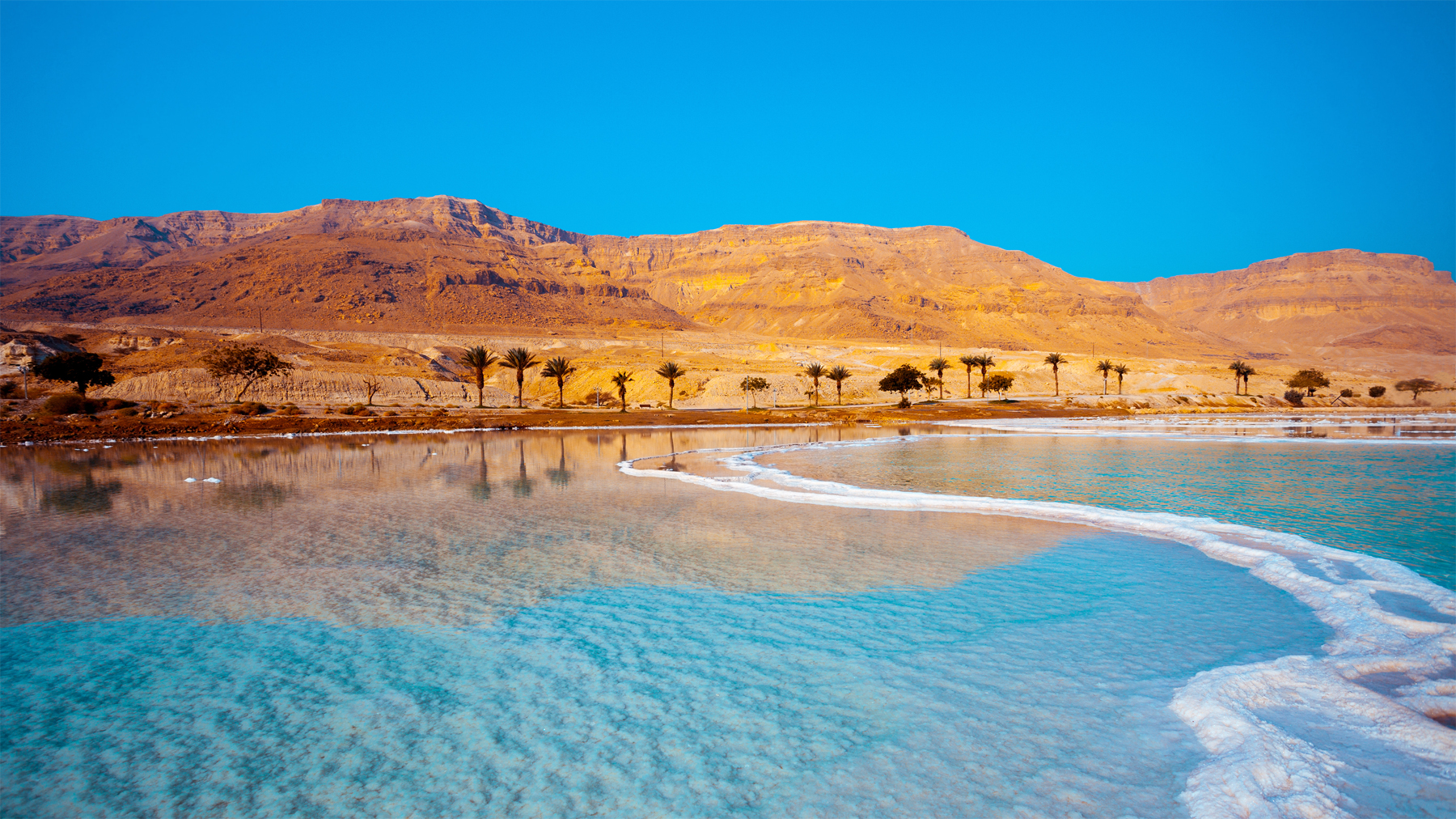 The Dead Sea or the Sea of Salt is actually a salt lake. Located in the Jordan rift valley the Dead Sea has Jordan in the East and West Bank and Israel to its left.

An amazing fact about the Dead Sea is the amount of salt concentration in it. It is over 9 times saltier than ocean water and therefore cannot sustain life. Therefore the name, Dead Sea. Also, in addition to this, due to the high salinity factor, the density of water is such that people can easily float in it.

The best time to visit the Dead Sea is the autumn season around September to October. The summer months are unbearably hot. Hence winter months are a better time to go. 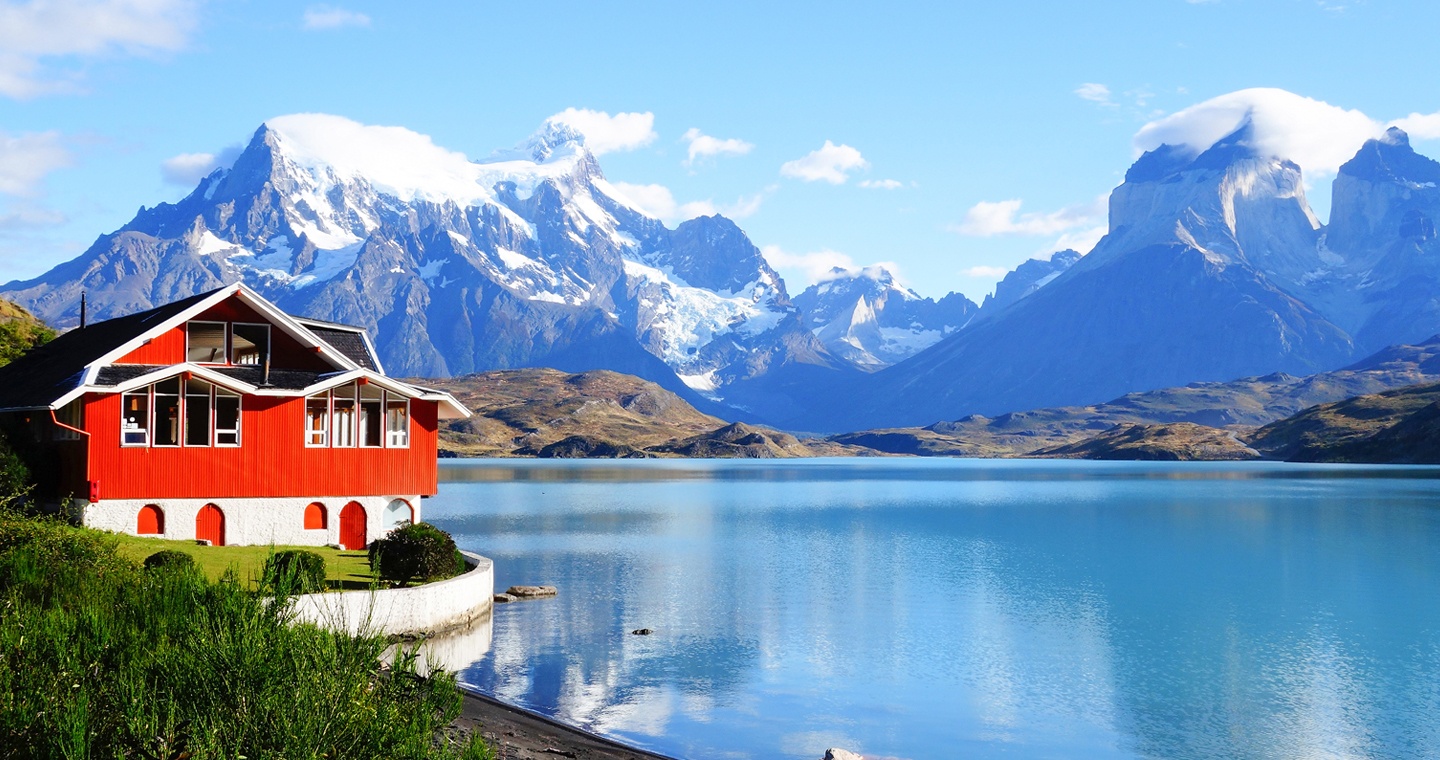 Lake Pehoe is located in Torres del Paine National Park of southern Chile. Paine River and Skottsberg Lake are the main water sources for this lake. The waters of the Paine River, in turn, originates from the Salto Grande Waterfall.

The stunning blue colour of the water and the surrounding mountains make this lake one of the most beautiful lakes in the world. According to popular tourist opinion, the area around the hotel Hosteria Pehoe offers the best views of the lake.

Favourable time to visit is the lake is from November to early March. Hiking and fishing are the most popular activity in Torres Del Paine. Also, one can visit the Castillo Hill Village near to this lake. 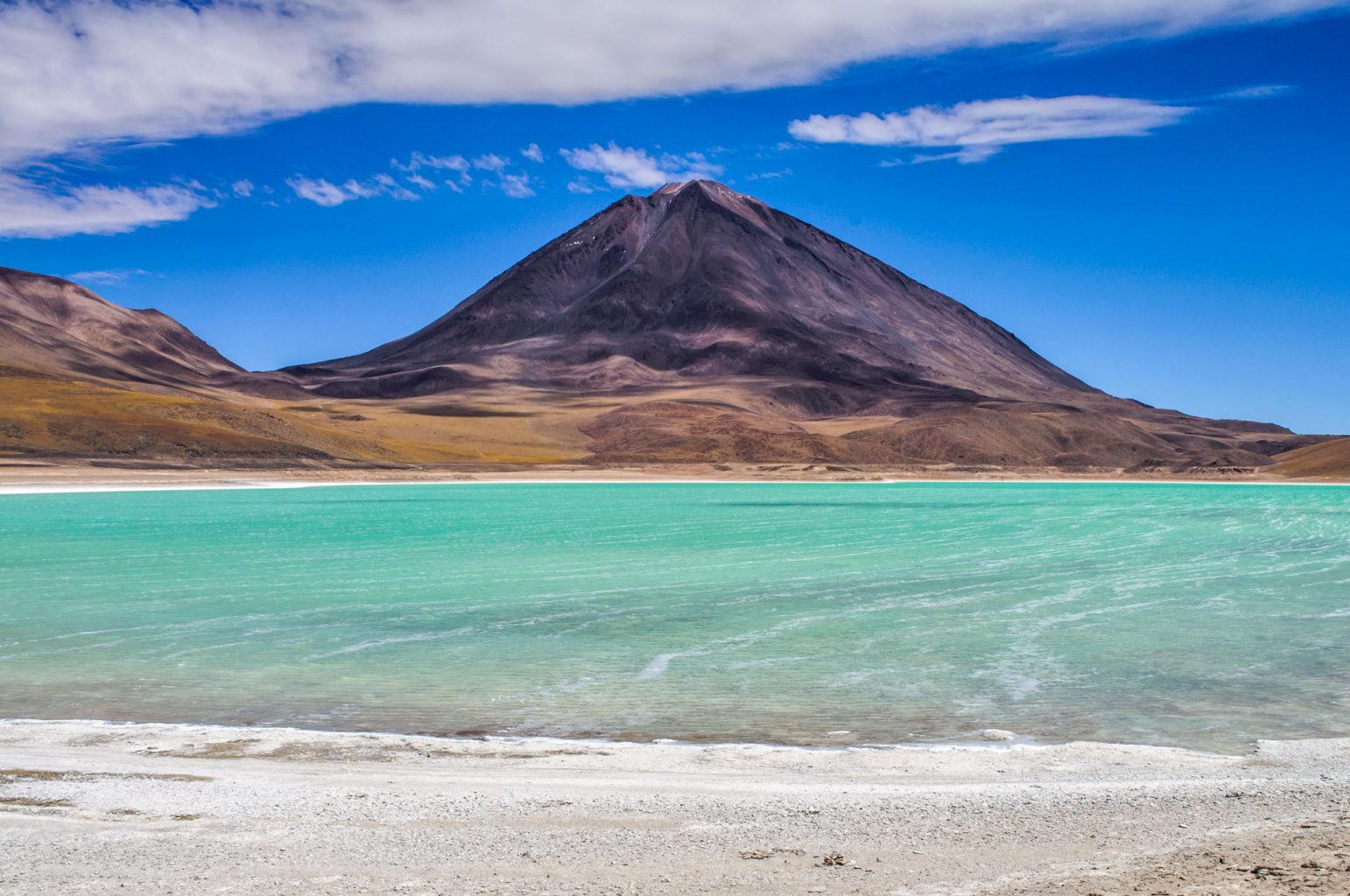 Laguna Verde is a saltwater lake. It is located in the south-western Altiplano in Bolivia and is close to the Chilean border. And forming a nearly perfect cone in its horizon is the inactive volcano Licancabur. April to September is the best time to visit this lake.

Though this lake is one of the most beautiful lakes in the world, it’s emerald green waters are poisonous. It is due to the mineral suspension of arsenic and various others, that the water of the lake attains the spectacular colour. Also due to this factor, the water of the lake remains in its liquid state even in extremely cold winters. 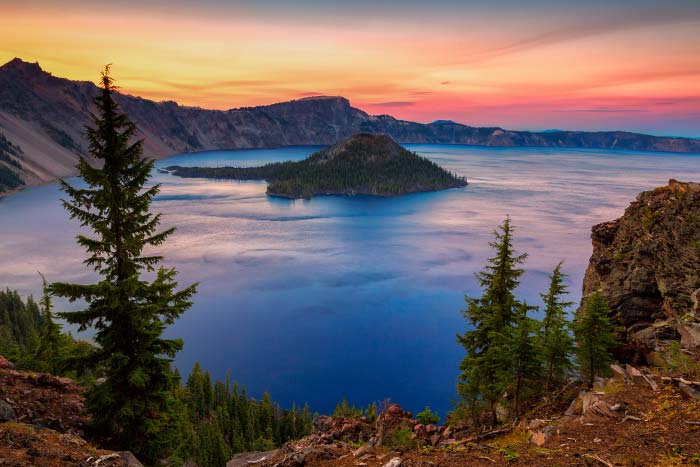 Crater Lake is the deepest lake in the United States. Located in south-central Oregon in the western United States, the Crater Lake is known for its water clarity and deep blue colour. In addition to this, the picturesque location with two islands located near the western shore and the southern shore of the lake makes it one of the most beautiful lakes in the world.

This lake has an interesting origin. It was formed due to the collapsing of the volcano Mount Mazama. And also there is no river flowing in or out of this lake. Some of the popular activities around this lake are biking, hiking, fishing, snowshoeing, and cross-country skiing. In summer months the campgrounds and lodges are open for the visitors.

The best time to visit Crater Lake depends on personal preferences. If you want to see the blue water and clear skies then July, August and September. The transition months from winter to summer are May, June. This time half of the area still remains snow-covered. From mid-October onwards winter sets in and at peak winter, there are records of 44ft snow. 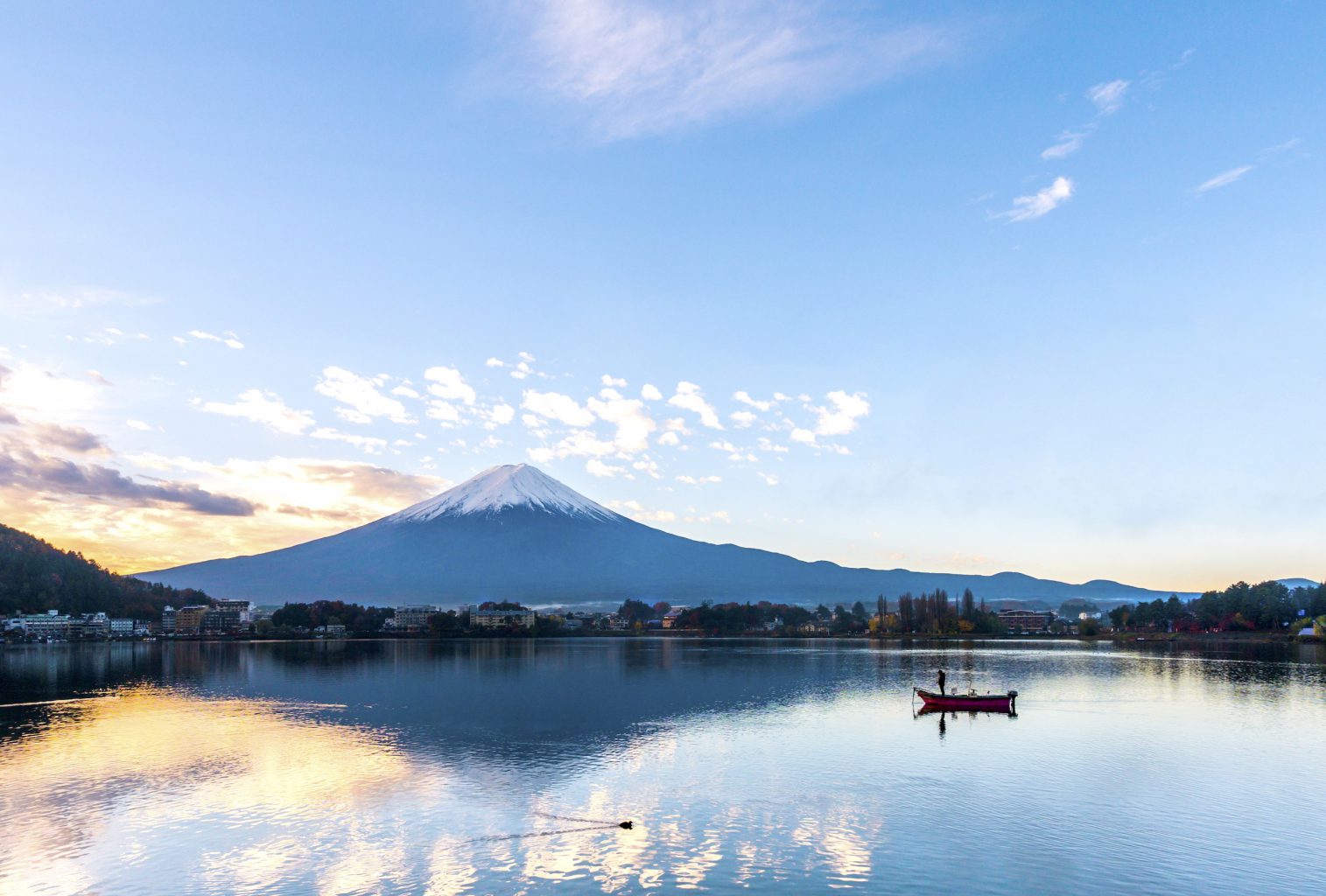 In the land of the rising sun and cherry blossoms there lies one of the most beautiful lakes in the world, Lake Kawaguchi. Presenting stunning views of Mount Fuji, Lake Kawaguchi is the second largest of the Five-Fuji Lakes. It is located in the border between Fujikawaguchiko and Minobu in southern Yamanashi Prefecture near Mount Fuji, Japan.

Lake Kawaguchi defines serenity. There are loads of activities to do around the lake. Even then one can just relax and enjoy the view. Some of the popular activities around the lake are hiking, biking boating, exploring the caves and tunnels.

The best time to visit this lake is restricted to the summer months of April to June. Make sure you go there early in the morning because cloud covers obstruct the view frequently. 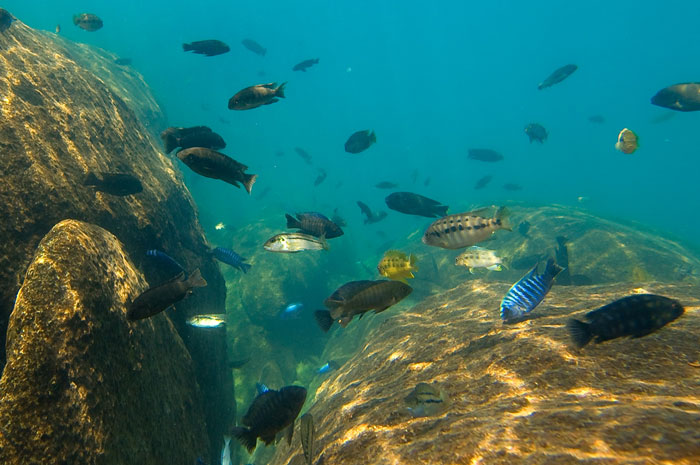 Lake Malawi is a great African Lake between Malawi, Tanzania and Mozambique. It is the fourth largest freshwater lake in the world by volume. This lake is further known as Lago Niassa in Mozambique and Lake Nyasa in Tanzania.

Lake Malawi holds the record for highest diversity in fish species in it. The Mozambique part of the lake for reason is declared as a reserve by the Government. While the Malawi part constitutes the Lake Malawi National Park.

The abundance of wildlife and the diversity in flora fauna makes Lake Malawi one of the most beautiful lakes in the world. Kayaking, canoeing, horse riding, snorkelling, diving are some of the popular activities around this lake. And the best time to visit here is during the dry winter months that is from early May to late October.

To know more about fascinating travel destinations and the latest technology check here.